“10-29-2020 Ziggy Blu Ross. Our sweet boy has arrived. I’m over the moon. We are so blessed!” Simpson Ross wrote on Instagram Saturday.

They celebrated their one year anniversary on Thursday.

And as the weekend rolled around it was time for Brooklyn Beckham and Nicola Peltz to mark Halloween.

The smitten couple shared a snap of their matching costumes on Sunday night, as they transformed into punks for the festivities.

The post included a photo of the sleeping newborn.

He is wearing a tiny brown hat and wrapped in a brown blanket. Ross shared a similar message and the same photo on his own account. “I’m in Heaven,” Ross said.

The couple, who married in 2014, announced in May they were expecting their second child. They are also the parents of a 5-year-old daughter named Jagger Snow.

Ross, 32, is the son of music icon Diana Ross and the brother of actress Tracee Ellis Ross. 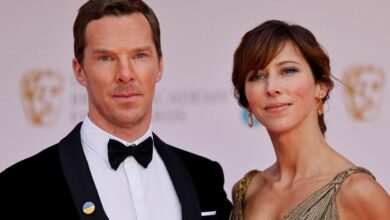 Stay Tuned! Sia Will Release New Song ‘Together’ Next Week

Sam Smith Wants to Start a Family by 35