Sudan’s criminalisation of female genital mutilation (FGM) is “only the tip of the iceberg” in confronting a “deeply misogynistic” legal system, a regional women’s rights group has said.

While the Sudanese transitional government’s outlawing of the horrific practice should be welcomed, its achievement should not overshadow existing laws that discriminate against women and girls, the Strategic Initiative for Women in the Horn of Africa (SIHA) said on Monday.

Khartoum officially criminalised FGM last week Sudan and said anyone carrying out the act – whether inside medical establishments or elsewhere – will face three years in jail and a fine.

A 2014 UNICEF survey found FGM to be highly prevelant in the country, with 86.6 percent of Sudanese women reportedly affected by the practice. The procedure usually involves removing the labia, but can also involve cutting the clitoris or sewing up the vaginal opening.

Classified as torture by the United Nations, the centuries-old practice is generally believed to preserve women’s “purity”. FGM can cause life-long health problems, including bleeding, cysts, repeated infections and issues urinating.

“Whereas the criminalisation of FGM in Sudan might seem well-intended, it actually does not address the root causes of women’s subordination in Sudan which are deeply ingrained in misogynistic attitudes,” SIHA said in a statement.

SIHA pointed to several key legal provisions that need to be reformed or repealed, including the introduction of legislation against domestic violence and repeal so-called “morality” laws that police women’s dress code and behaviour.

The organisation has also called for the reform of Sudan’s Personal Status Law, which includes articles that “pave the way for forced marriage from the age of 10”. Forced marriage is enabled by the legal enshrinement of male guardianship laws, SIHA explained.

The Sudanese criminal code “re-victimises” survivors of sexual violence by criminalising pregnancy outside of marriage, the coalition added.

“Sudan’s legal framework is notoriously patriarchal and discriminatory against women. Without addressing the framework as a whole as well as the misogynistic beliefs and practices that maintain and reproduce it, it is unlikely that criminalisation of FGM alone will resolve the issues,” said Hala Alkarib, SIHA’s regional director.

Alkarib questioned whether “piecemeal legal reform” would be able to bring about an end to the widespread practice.

Egypt, another country with high prevalence of FGM, outlawed cutting female genitalia in 2008, then criminalised it in 2016. 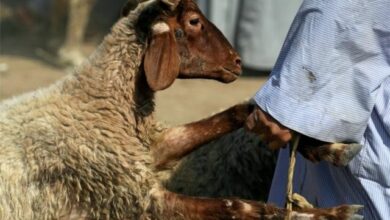 Christie’s plans to expand Hong Kong galleries, salesrooms by 2024 to cater to demand 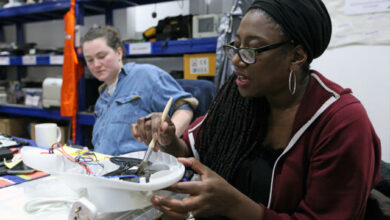 Rapists to be Chemically Castrated Under New Pakistani Law