International aid organisations and experts say the US-led sanctions on the Taliban government are hurting the Afghan people, and called for “explicit humanitarian exemptions” for the delivery of aid to prevent a “catastrophe”.

Following the Taliban’s takeover of Afghanistan on August 15, the aid-dependent country was cut off from international financial institutions, while nearly $10bn of its assets were frozen by the US, triggering a banking crisis.

Millions of dollars in international aid were also halted due to the sanctions.

The UN and other aid agencies have been trying to navigate the sanctions to deliver much-needed aid to the country, with more than half of Afghanistan’s 38 million population facing imminent food shortages in the harsh winter months.

“The US government, and other sanctions imposing entities like the UN Security Council (UNSC), should do all they can to ensure that Afghans have access to the humanitarian assistance to which they are entitled,” said Eileen McCarthy, the Advocacy Manager at the Norwegian Refugee Council (NRC).

More than 100 days into the Taliban’s rule, Afghanistan’s economy has nearly collapsed, for which the UN envoy for Afghanistan blamed on the financial sanctions. Deborah Lyons told the UNSC last week that the “humanitarian catastrophe” in the country was “preventable”.

There have been alarming reports of public hospitals unable to afford essential medical supplies or to pay staff salaries, and families offering their young daughters for marriage in return for a brideprice to help them survive.

The Taliban government, which has not been recognised by any country or the United Nations, has banned foreign currency among other measures to revive the economy, but the sudden drying up of millions of dollars in aid flow crippled banks and businesses and sent food and fuel prices rocketing.

While they blame the unfolding crisis on the Taliban for not pursuing a political settlement, experts say Afghanistan’s crisis was the result of international sanctions, making millions of dollars of aid that supported the previous West-backed Afghan government inaccessible to the Taliban’s Islamic Emirate.

“The total absence of liquidity in Afghanistan’s system is the result of the suspension of direct bilateral aid and freezing of the money of the central bank after the departure of international troops,” said Dominik Stillhart, operations director at the International Committee of the Red Cross (ICRC), referring to the withdrawal of US-led NATO troops after 20 years of war.

“There is a political legitimacy crisis… but you cannot hold the entire Afghan population hostage,” he said, explaining it was impossible for an aid organisation to operate in a country without engaging with the de-facto authority.Adam Weinstein, a research fellow at the Quincy Institute for Responsible Statecraft agreed: “It was one thing to navigate sanctions on the Taliban when they weren’t the de facto government. But now they are sitting in Kabul and the question becomes, ‘how do you conduct business or provide aid in a country without touching the government?’”

Sulaiman Bin Shah, Afghanistan’s former deputy minister of industry and commerce until August 15, said the collapse of the Afghan economy was an expected development because it was heavily dependent on international aid.

“Afghanistan was so dependent on aid and donor money in the past 20 years that the economy has been somewhat artificially created on that premise,” said Bin Shah. “Now that money has vanished.”

Weinstein, who also served as a US marine in Afghanistan, said because the country’s infrastructure and economy have been built by Washington and the international community, they cannot continue without them.

Recognising the need to circumvent sanctions on Afghanistan, the ICRC said it has continued humanitarian assistance using “creative solutions” of channeling funds directly to the health, education, and municipal service sector.

“The solution we found was to channel salaries directly into the pockets of 5,100 staff employees and to pay for running costs instead of through the ministry,” said Stillhart, referring to 18 hospitals throughout the country that carry out half a million consultations a month.

Still, he said more needed to be done, calling for “explicit humanitarian exemptions in the UNSC regime that would allow us to deliver aid without fear of violating UN sanctions.” 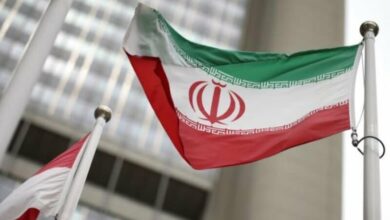 Over 180 detained in Belarus during anti-government protests