In 1517, the Ottomans invaded and annexed the Levant, Egypt and Hejaz and the last Abbasid caliph, Muhammad al-Mutawakkil, abdicated, handing the caliphate to Sultan Selim I. After World War I and the Treaty of Lausanne of 1923, the prince of Arab poets, Ahmed Shawqi, mourned the death of the Ottoman Empire.

For most MENA countries, other colonisers replaced the Ottomans. Since then, liberation movements sprang up all over the place and national and nationalistic issues dominated Arab street protests and movements.

Egypt gained independence from Britain in 1922 but other Arab countries had to wait until 1971 to gain theirs. After independence, political opposition in Arab countries shifted to countering dictatorial regimes that derived legitimacy from claiming credit of fighting off the coloniser and achieving independence. So remained the state of Arab countries until 2011.

A few days before the end of 2010, a young Tunisian named Mohamed Bouazizi set fire not only to his body but also to prevailing ideologies, declaring, by his gesture, that Arab countries had had enough of useless slogans and now want to have enough to eat.

The global financial crisis in 2008 landed in Arab countries and broke the backs of dictatorial regimes one by one. Some considered the revolution in Tunisia as the product of a conspiracy but it was difficult to explain why the revolutions started in Tunisia in particular because that tiny country was a model for success, discipline, security, education and health services.

The explanation is simple: Because Tunisia was a model it was the likely candidate for the beginning of the “Arab spring” revolutions.

The Tunisian economy depended on exporting agricultural products to Europe and on hosting European tourists, so it was only normal for Tunisia to be the first Arab country to suffer from the fires of the economic crisis.

The period 2008-11 was enough for the global economic crisis to hit Tunisia. Since Bouazizi’s death in early January 2011, many young people have set themselves on fire because of chronic economic hardships. The latest of those victims was a 25-year-old man who immolated himself in a desperate act of protest against poor living conditions. He died November 29.

The fall of former President Zine el-Abidine Ben Ali in Tunisia was quickly followed by the fall of the Hosni Mubarak government in Egypt. In other countries, such as Syria, Yemen and Libya, protest movements against authorities evolved into civil wars that are still burning.

The latest addition to the list of Arab countries experiencing “bread’ protests” is Lebanon, which had seen its civil and ideological wars some decades ago. On October 17, the Lebanese government announced a new tax on calls via internet messaging applications. The measure came within the context of an extremely acute economic crisis and, although later withdrawn, the move set off angry reactions among the Lebanese, who immediately took to the streets.

For the past few decades, the Lebanese were divided by politics, sects and ideologies but the latest economic crises, unemployment and poverty unified them. Tens of thousands of Lebanese gathered in Beirut, Tripoli, Tyre and Baalbek, demanding the departure of a ruling class considered corrupt and incompetent.

In February, Lebanese citizen Georges Zureik set himself on fire in a schoolyard, in a scene reminiscent of Bouazizi’s immolation in Tunisia nine years ago. Zureik wanted to transfer his daughter from the school where she was enrolled to a state school because he could no longer afford the fees of the private school. The school’s administration refused to hand him a release certificate before payment of the fees was due.

Recently, another Lebanese man hanged himself behind his home because he couldn’t afford to buy a thyme bread sandwich worth half a dollar for his daughter when she asked for it.

In Iraq, citizens put aside their sectarian differences and demonstrated in the thousands in Baghdad and in southern Iraq against corruption, unemployment and poor services. The demonstrations gained momentum with huge marches calling for the “overthrow of the regime.”

The demonstrators exposed Iran, which wields influence in Iraq, and set fire to its consulate. The death toll from the brutal repression of the protests in Baghdad and the southern cities reached the hundreds and thousands have been wounded. The resignation of Iraqi Prime Minister Adel Abdul-Mahdi did nothing to calm the street. It had no significance to the Iraqis once blood was shed.

Popular protests have succeeded in removing from power presidents who had been clinging to power for decades in both Sudan and Algeria.

In December 2018, the Sudanese took to the streets by the thousands to protest the tripling of the price of bread. The demonstrations became weekly and soon demanded the departure of Omar al-Bashir, the president who had ruled for 30 years.

On February 22 in Algeria, massive demonstrations peacefully took to the street to reject President Abdelaziz Bouteflika’s candidacy for a fifth term despite his failing health. On April 2, Bouteflika resigned under the pressure of the street and the army.

However, the demonstrators have continued to take to the streets in large numbers every Friday, insisting on the departure of all of the figures of the “corrupt regime” of Bouteflika and his gang who had been looting the country and stifling Algerians for two decades, including the army’s chief-of-staff, General Ahmed Gaid Salah, who became the de facto strongman in the country.

The common feature of these protests known as the “Arab spring” revolutions is the absence of ideology. Will economy bring about a real “spring” in the Arab world, a feat that politics has never been able to achieve since 1517? 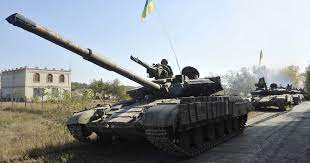 Senegal protests poke holes in its longstanding image of stability