The Arab Coalition supporting Yemen’s legitimate government released footage on Wednesday showing its forces targeting the Iran-backed Houthi militia, refuting the Houthi claim of targeting a civilian vehicle that led to the killing of 13 people, including a woman and four children in Saada.

“The video highlights the reality and circumstances of the targeting conducted on [June 15 2020], in which a group of Houthi armed militants are shown carrying weapons in a military logistics operation,” said the Arab Coalition statement.

It added that the incident occurred “within the area of operations in close proximity to the Saudi-Yemeni border. Rendering the Houthi allegation that they were civilians, including a woman and children, false and unfounded.”

The Coalition said that the recording proves that “the Houthi militia is continuing to falsify facts in its media disinformation campaigns, and exploit the conditions under which its terrorist elements and armed militants are killed, claiming that they were women and children.” 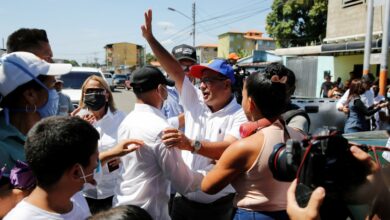