The Arab Coalition said it has conducted 11 separate operations targeting the Iran-backed Houthis in Yemen, killing 60 Houthis and destroying seven military vehicles in the past 24 hours.

The commander of Yemen’s third military region in Marib responsible for combat operations on various fronts of the city said the Yemeni army has made several advances in recent days.

“There have been great advances in the past two days in Bayhan, Usaylan and Harib,” Major General Mansour Thawabeh told Al Arabiya noting that “the army forces cut the Houthi supply line between Bayhan and Harib.”

The Arab Coalition announced early on Saturday that it had destroyed a ballistic missile launcher in southern Sanaa, which led to the killing of a group of “experts” who assist the Houthis. 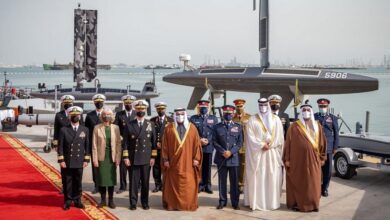