Aqaba was one of the ancient centres of metallurgy, the process of working metals into tools, according to a German archaeologist.

“The Southern Levant is a hub for early metallurgy and has really spectacular sites from a very early time — for instance the copper mines at Wadi Faynan,” said Florian Klimscha, who is affiliated with the State Museum of Lower Saxony.

“Tell Hujayrat Al Ghuzlan and its neighbouring site Tell Al Magass, both within the northern limits of Aqaba, belong to the very few sites in the whole Levant where we have a good preservation of layers of the Late Chalcolithic and Early Bronze Ages [4,000-3,300 BC],” Klimscha told The Jordan Times in a recent e-mail interview.

The site of Tell Hujayrat Al Ghuzlan was occupied from circa 4,100 to 3,600/3,500 BC, Klimscha continued, adding that the walls are still standing up to four metres high and large parts are decorated with scenes of ibexes, hands and humans.

However, the archaeologist said: “We do not really have good evidence for the production of early copper artefacts and this is where Hujayrat Al Ghuzlan comes in”.

“Here we can see step by step the complete production chain, from the crushing of ores to the casting of finished products. Among the finds are a large selection of crucibles as well as the earliest evidence for flanged axes,” the scholar said.

Rectangular and oval moulds are “possibly the most important finds” since they were used to cast copper ingots and precisely such ingots have been found in Egypt at the site of Maadi in the Nile Delta, he added.

“It can be said with good reason that it was copper that was produced at Tell Hujayrat Al Ghuzlan — and maybe some other yet undiscovered sites — which was used in pre-dynastic times in Egypt,” he reckoned.

According to an analysis of botanical remains at Hujayrat Al Ghuzlan and from contemporary sites in the region, it is possible that the Chalcolithic/Early Bronze Age it was not as arid as in current times, the archaeologist said.

“Nevertheless, a settlement like Hujayrat Al Ghuzlan profitted greatly from the associated irrigation system. According to studies by a scientist group from Berlin and Lübeck, Germany, this system seems to have used water from artesian springs and guided it via a complex system of channels and pools towards the agricultural fields of the settlement,” he noted.

“It was not only able to provide water for the inhabitants and their daily crafts, but also allowed them also to keep domestic animals and engage in water-intensive farming,” Klimscha said. Should disposable vapes be banned? Can Nigeria Put an End of Malaria? 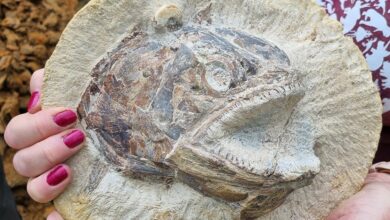