A day after the United States military admitted that a drone attack in Afghanistan’s capital last month mistakenly killed 10 members of a family, including seven children, survivors have said Washington’s apology was not enough.

Aimal Ahmadi, whose three-year-old daughter Malika was killed on August 29, when the US hellfire missile struck his elder brother’s car, told Al Jazeera on Saturday that the family demands Washington investigate who fired the drone in the Kabul attack.“I lost 10 members of my family; I want justice from the USA and other organisations,” he said. “We are innocent people, we didn’t do any mistake.”

“I lost 10 members of my family; I want justice from the USA and other organisations,” he said. “We are innocent people, we didn’t do any mistake.”

“Family members told us that they are looking for compensation from the US. They want justice for their family members and if possible those who have remained in this compound want to leave Afghanistan,” he said.

“Here in this compound, there is death, misery and memories of those who passed, and people who try to rebuild their lives in the mayhem of what is Afghanistan and what happened to their families.”

Speaking to The Associated Press news agency, Ahmadi said the US should punish the military personnel responsible for the strike.

“That is not enough for us to say sorry,” said Ahmadi. “The US should find the person who did this.”

News organisations reported after the attack that the driver of the targeted vehicle, Zemerai Ahmadi, was a longtime employee at a US humanitarian organisation and cited an absence of evidence to support the Pentagon’s assertion that the vehicle contained explosives.

The missile struck as the car was pulling into the family’s driveway and the children ran to greet Zemerai. 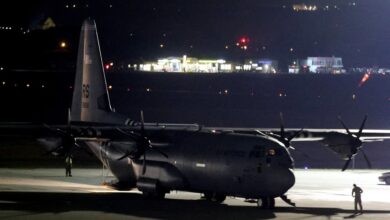 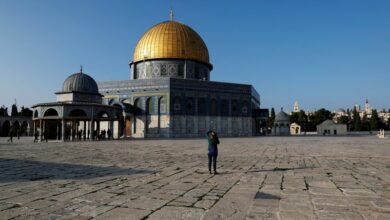 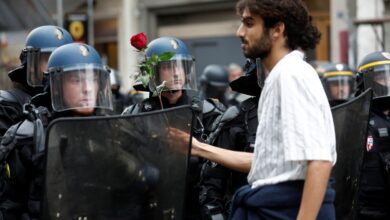