US Democratic Representative Alexandria Ocasio-Cortez has described being terrified for her life during the storming of the US Capitol, doubling down on calls for Republican politicians to be held accountable.

In an emotional broadcast on Monday night, New York House member Ocasio-Cortez said she was harassed by those she identified as fans of former President Donald Trump for days before the January 6 incident and was warned by other members of Congress to be “careful” on the day of the rally.

That day, Ocasio-Cortez said on an Instagram Live broadcast, she hid behind a bathroom door in her office, fearing for her life as Trump supporters sought to stop the certification of President Joe Biden’s election win.

“I thought I was going to die,” she said, describing how she and a staffer were forced to take shelter.

She evacuated with a staffer to another building, she added, and scrambled to get into a colleague’s office where she hid for hours.

The Congresswoman equated Republican calls to move on from the incident, in which five died and dozens of police were injured, to other forms of abuse.

“The reason I’m getting emotional in this moment is because these folks who tell us to move on, that it’s not a big deal, that we should forget what’s happened, or even telling us to apologise, these are the same tactics of abusers,” she said.

“And I’m a survivor of sexual assault and I haven’t told many people that in my life. As a survivor, I struggle with the idea of being believed.”

She gave no further details about the assault, or when it took place.

Several congressional committees are investigating the security failures behind the attack on Capitol building.

Ocasio-Cortez, widely known as AOC, is among the most prominent Democrats calling for Republicans who encouraged and repeated Trump’s claim that he had won the November 3 presidential election to resign after the incident.

“These are the tactics of abusers, this is not about a difference of political opinion, this is about basic humanity,” she said.

“We are not safe with people who hold positions of power who are willing to endanger the lives of others if they think it will score them a political point.”

Fellow lawmaker Katie Porter took to MSNBC to say that she had provided Ocasio-Cortez with a pair of sneakers during the riot, in case she needed to “run for her life”.

“I just hope I get to be a mom. I hope I don’t die today,” Porter recounted Ocasio-Cortez as having told her.

“I am happy to work with Republicans on this issue where there’s common ground, but you almost had me murdered 3 weeks ago so you can sit this one out,” the congresswoman told Cruz.

Cruz was among the conservative Senate Republicans who challenged the US presidential election results during a process that historically had been ceremonial.

“Happy to work with almost any other [Republicans] that aren’t trying to get me killed,” Ocasio-Cortez added. 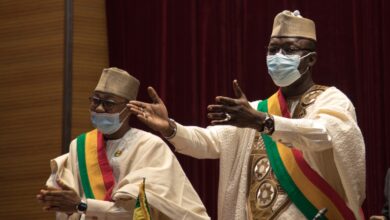