Animal activists in the Western African country of Ivory Coast are up in arms against people who adopt dogs for shallow reasons and then abandon them on the streets.

On the eve of International Homeless Animals Day, which is being observed on Saturday, activists say that such indifference of people who raise dogs for social status and then abandon them speaks volumes about ignorance and lack of responsibility.

Speaking to Anadolu Agency on the phone, Souleymane Tity Toure, head of the Committee of Canine Animals of Cote d’Ivoire (CAC-CI), said the number of homeless animals in the country is growing due to the irresponsibility of some owners.

“The most homeless animals in our country are dogs and cats. Ignorance and inability to take care of their animals lead some owners to abandon them in the street,” he said.

His organization has been arranging awareness sessions to educate people to take responsibility for animals after adopting them.

“When you adopt a pet, it is a lifelong commitment. Raising awareness is important in this sense,” he said.

Tity Toure created CAC-CI because he and his friends felt the need to raise the voice for abandoned canines.

“Talking about dogs to someone who does not have one or who is not interested in animals can be boring to the person. So, we met between dog lovers to create a platform for discussion and awareness to clean up the Ivorian dog system,” he said.

An animal shelter home set up by Audrey Monteil, a Frenchwoman living in Gonzagueville, the most populous city in the West Africa country, has come in handy for activists to relocate stray or abused animals.

“Those who love animals will tell you that their pet is like a member of their family. It is considered like a child, a brother or a sister and for nothing in the world they cannot separate from it,” Monteil, who is also a dog groomer, told Anadolu Agency.

She said dogs and cats are the most abused animals and they end up on the streets when owners get fed up taking care of them. She even travels to neighboring countries to rescue animals.

“Recently, we had a dog repatriated from a French military base in Timbuktu, Mali. So we operate on Ivorian soil but we don’t hesitate to cross borders in case of emergency because shelters like ours are rare,” she said.

Her shelter will soon become a temporary abode of stray wild animals as well, as she has signed an agreement with the Water and Forests Ministry. She often gets emergency calls to rescue wild animals like the pangolin, a protected and endangered animal, or even stranded dolphins.

Lesbian Couple Fatally Stabbed in Their Hotel Room in Thailand 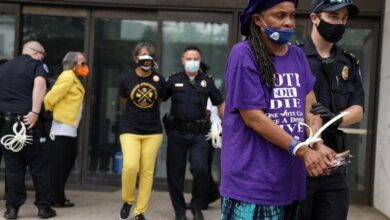