“This is a pandemic, I’ve felt it was a pandemic long before it was called a pandemic,” US President Donald Trump said on Tuesday. “I’ve always viewed it as very serious, there was no difference yesterday from days before.”

It was the same man who tweeted on February 24 that “The Coronavirus is very much under control in the USA” and said on February 26 that “the risk to the American people remains very low” and said “it’s going to disappear” on February 26 and “we’re prepared, and we’re doing a great job with it. And it will go away” on March 10.

A day after he addressed the nation in a new, more sombre tone that many Americans grappling with a new reality welcomed, Trump was back to being Trump.

He took to Twitter to lash out at Michigan’s Democratic Governor Gretchen Whitmer for saying governors should work through their own supply chains to get ventilators and other needed medical equipment instead of relying on the federal government to get it for them. 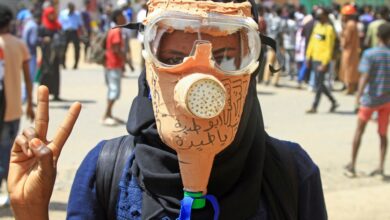