Since seizing power in Myanmar in a coup six weeks ago, soldiers and police have gunned down more than 200 peaceful protesters and arrested nearly 2,200 people, and beatings and torture are being reported with increasing regularity.

In the country’s borderlands, where armed ethnic groups have been fighting for self-determination for decades, the situation is becoming increasingly unstable.A local leader from San Pya village in Hpakant township, who spoke to Al Jazeera on the condition of anonymity, said that he awoke to the sound of explosions and gunfire at about 2am (20:30 GMT) on the morning of March 15. About three hours later, a rocket-propelled grenade fell on the village, destroying one house; locals found a second unexploded device later that day lying in the street.

At least 100 women and children in the village’s mostly-Christian community have taken shelter in nearby churches.

“If fighting continues, it won’t be safe in the churches either,” said the local leader. “We, the people, do not have weapons, so we are afraid.”

Near the confluence of the N’Mai and Mali rivers in an area called Myitsone, a forested area 40 kilometres [25 miles] north of the Kachin State capital, Myitkyina, clashes earlier this week prompted at least 100 people to flee.

One person from the village of Gwi Htau, who spoke on condition of anonymity, told Al Jazeera he and others fled the village after hearing gunshots nearby. Some people have since returned, while others are staying in local monasteries and churches.He says weak phone signals, as well as the military’s move this week to block mobile data across the country, have made it difficult to share news or information about villagers’ humanitarian needs, while no one has visited the affected areas because of the ongoing instability. Al Jazeera spoke to the villager by phone and his voice was faint and difficult to hear due to the weak connection.

On Thursday, clashes appeared to have intensified in Hpakant township, with the KIA attack of a Tatmadaw base and the detonation of an improvised explosive device.

The spike in fighting in Kachin has happened as the military has stepped up its use of lethal force, violence and threats against civilians calling for the restoration of democracy in cities and towns across the country.

Army chief Min Aung Hlaing, who led the coup, said on Tuesday that the protests had “turned into riots and violence,” according to a state media report.

He also said the police force “was assigned duties to subdue the protests according to democratic norms by exercising utmost restraint,” and the Tatmadaw was “helping the police troops as rearguards in required places to solve the difficulties and obstacles”.

The shooting, he said, “had to disperse the protesters, resulting in some security forces and protesters’ casualties.”

In Kachin, on March 8, police and soldiers opened fire into crowds of protesters in front of a Catholic cathedral in Myitkyina, killing two, minutes after a nun pleaded with the officers and troops to show mercy.

Five days later, tensions were further inflamed when 10 military vehicles showed up at the Kachin Theological College and Seminary, an institution at the core of Kachin religion and culture.

According to one faculty member who requested anonymity, police and soldiers raided the dormitories and collected the names and addresses of the school’s 40 boarding students. Authorities have since been patrolling around the building on a nightly basis, said the faculty member.

“We are very confused and have many uncertainties. This incident brings us to discuss how we should continue,” they said.

The KIO/A is one of dozens of ethnic armed groups in the country. More than 100,000 people were forced from their homes after a ceasefire collapsed in 2011, but while the KIO/A and Tatmadaw have been unable to reach a formal ceasefire, the region has seen relatively little fighting since late 2018.

For decades, the Tatmadaw has applied what it calls a “four cuts” strategy to restrict food, funds, intelligence and recruits in areas where ethnic armed groups operate and has earned a reputation for rights abuses including killing, sexual violence, arson and enforced disappearances, on civilian populations.

The most powerful and threatening of ethnic armed groups had been branded as “unlawful associations” or “terrorist groups” by the government, while there were few voices from the Bamar ethnic majority speaking out against rights abuses in ethnic states or supporting ethnic armed struggles for self-determination.

With the whole country forced back under the Tatmadaw, however, public opinion appears to be changing. Apologies to ethnic minorities have proliferated on social media, while calls are growing for the establishment of a federal army to protect the people and overthrow the military regime.

On February 14, the Karen National Union, a prominent ethnic armed group near the border with Thailand, announced its support for the pro-democracy protest movement and that it would help and protect all ethnic people who protested against the coup; it has since provided security by accompanying protesters on the streets.

In Kachin, pro-KIO/A rallies have taken place in at least three townships since March 12, including in the state capital and have been attended by people from diverse ethnic groups, a journalist who was there told Al Jazeera.

Colonel Naw Bu, the head of the KIO Information Department, told Al Jazeera the KIO/A would not retaliate for individual attacks against people in Kachin, and that it wanted to protect everyone in the country.

“Protesters are being killed not only in Kachin State, but also in lower Burma,” he said. “When we say protect the people, we mean the people of our country.”

“If the military shoots, beats, persecutes and tortures the people, we, KIO as an armed group, will find a way to protect the people,” he added, but qualified that “We don’t want to solve this issue using weapons; we prefer peaceful negotiation.” 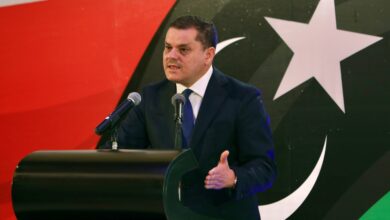 Nigeria seeks to halt looting amid fury over ‘food warehouses’

At least 22 civilians killed in rebel attack in eastern DRC 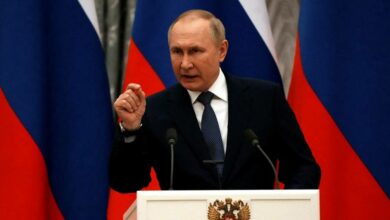