Algerian President Abdelmadjid Tebboune, who succeeded longtime leader Abdelaziz Bouteflika in December, asked in the face of his country’s insistent protest movement for time to implement “radical changes”, in an interview published Thursday.

The interview with French daily Le Figaro was Tebboune’s first since his election in December 12 polls that were rejected by the year-old “Hirak” protest movement that forced out Bouteflika and marked by a record 60-percent abstention rate.

“We cannot reform, repair and restore that which was destroyed over a decade in two months,” Tebboune told Le Figaro.

Tebboune has been slammed by protesters as representing the ruling elite they want removed, having served several times as minister and once briefly as prime minister during Bouteflika’s two-decade rule. 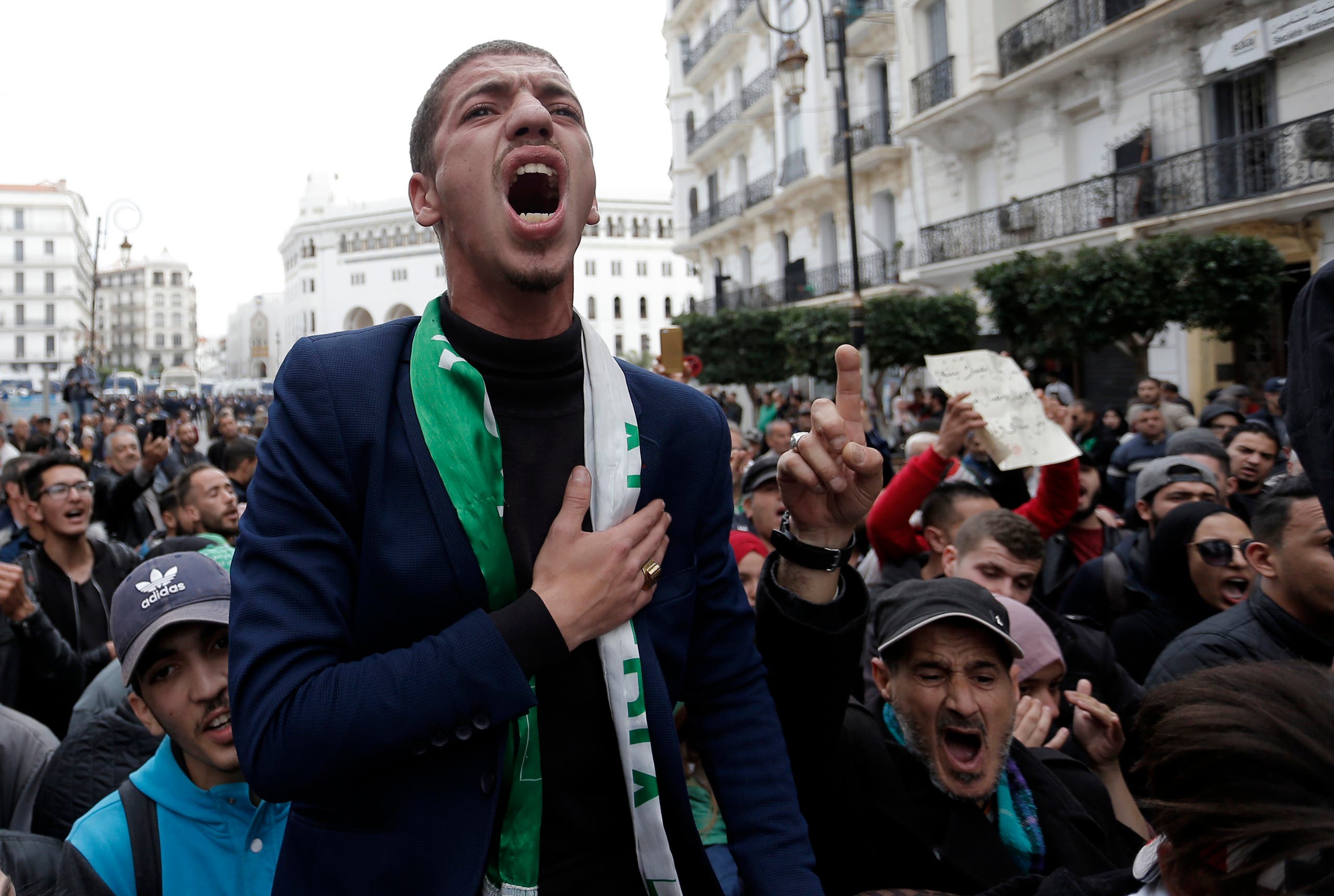 Algerian people take to the streets in the capital Algiers to reject the presidential elections and protest against the government, in Algiers, Algeria, Tuesday, Dec. 17, 2019. (AP)

Tebboune, who after his election “extended a hand” to the Hirak movement to build a “new Algeria,” said he has prioritized “political reforms.”

“I am determined to go far in making radical changes to break with bad practices, clean up the political sphere and change the approach to governing.”

Revising the constitution is the “priority of priorities”, he said.

“The limits”, he added, are those elements “relating in particular to national identity and national unity.

“Everything else is negotiable.”

“The second area of work will be that of the electoral law”, to give legitimacy to parliament, “which will have to play a larger role”, he said, underscoring the need to “separate money from politics.”

He said “things are starting to calm” in the streets and that “the Hirak got almost everything it wanted”, including the departure of Bouteflika last April and figures from the “old regime” as well as the arrests of officials and businessmen suspected of corruption.

Even as the unprecedented popular movement has thinned in numbers since December, protesters still turn out in droves every Friday, keeping up demands for a complete overhaul of the system in place since Algeria’s independence from France in 1962.