Algerian President Abdelmadjid Tebboune has flown back to Germany for treatment in hospital for complications in his foot resulting from a coronavirus infection, according to the presidency.

The treatment “was not medically urgent” and should have taken place during Tebboune’s last stay in Germany, the presidency on Sunday said in a statement.

Tebboune postponed the treatment at the time because of some obligations that prompted him to return home on December 29, it said.

Aged 75 and a heavy smoker, Tebboune was hospitalised in Germany on October 28, and Algerian authorities later announced he had COVID-19.

The name of the clinic caring for him in Germany was never announced and he spoke to the nation only shortly before his return in December after approximately two months of absence.

Speaking to state television on Sunday, Tebboune said he might undergo surgery on his foot during his treatment.

“There may be a minor surgery. My return to Germany was previously planned. The period of my absence from the country will be short, God willing,” he said.

“I will be following state issues with officials on a daily basis.”

He was elected president in December, months after former President Abdelaziz Bouteflika was pushed from power in April 2019 by pro-democracy demonstrators and the army chief after 20 years at the helm.

Tebboune won office in a vote that was widely boycotted, with an official turnout of less than 40 percent.

The rallies demanding sweeping political reforms were only suspended when the coronavirus pandemic struck.

Upon his return to the country in December, Tebboune appeared to have regained weight and looked in reasonable health.

He had suggested that he had nearly recovered, but was seen wearing a brace on his right foot. 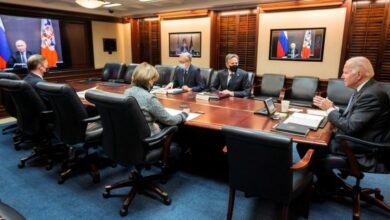 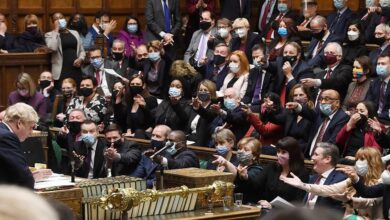