An Algerian court on Thursday handed a key member of the Hirak anti-government protest movement a 10-year prison sentence for “inciting atheism”, a rights group said.

Salhi said he was “shocked by such a heavy verdict against a citizen who only expressed his opinion online.”

The sentence was the longest given to a member of the Hirak, the popular anti-government movement that led demonstrations that pushed president Abdelaziz Bouteflika from power last year.

At the start of the trial, the prosecution demanded Mebarki be jailed for eight years.

But in a rare move, the judge at the Khenchela court in eastern Algeria decided to add two more years to that term.

Mebarki denied any wrongdoing and would appeal, Salhi said.

The 52-year-old activist had been arrested on September 30 during a raid at his home. 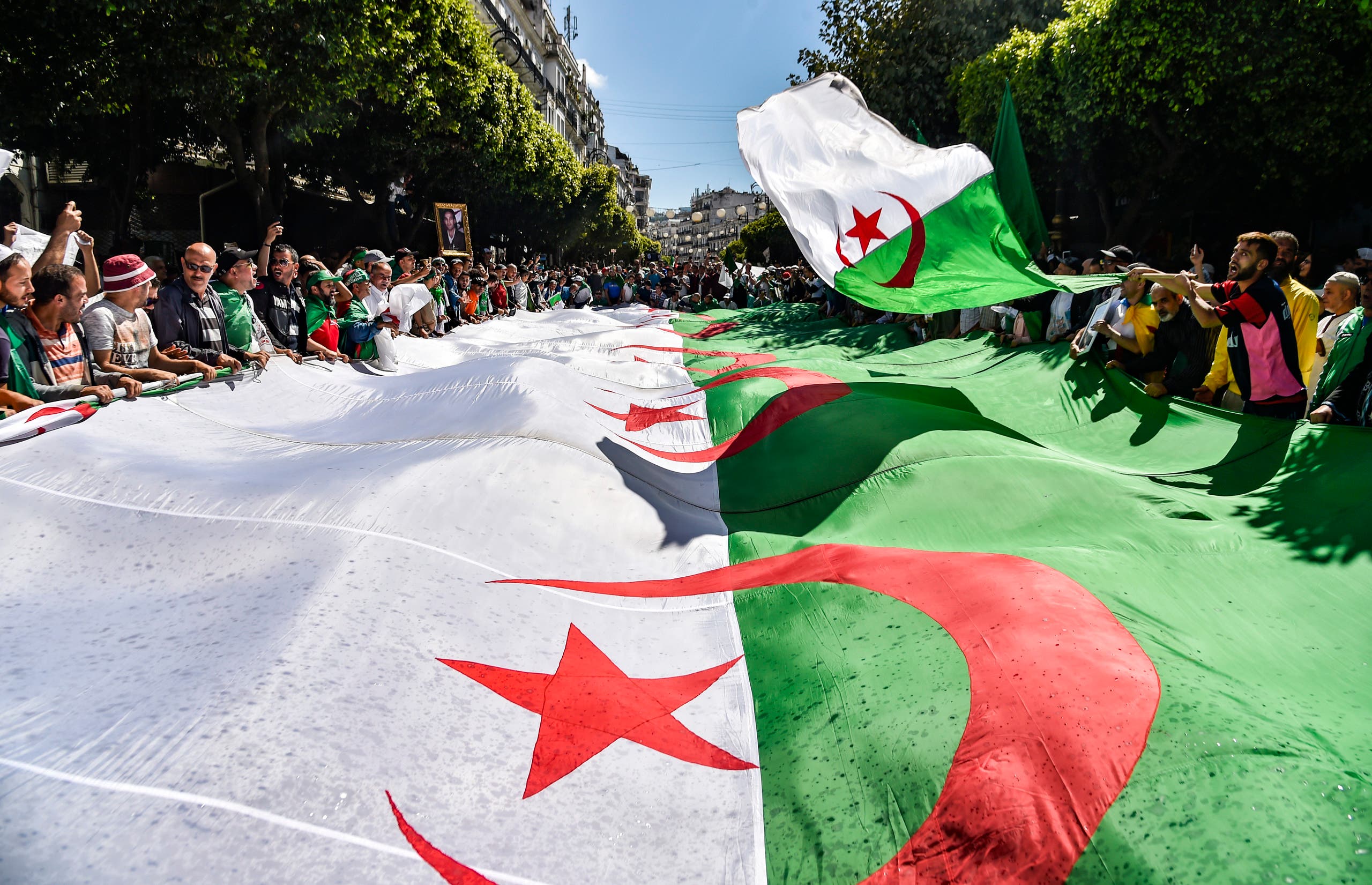 Algerian protesters march with a giant national flag during a demonstration in the capital Algiers on May 31, 2019. (AFP)

According to a friend, the police found an old and faded copy of the Koran with one of its pages ripped – something considered as an attack against Islam.

Salhi said Mebarki had been convicted of inciting atheism and “offending Islam” as well as inciting discrimination and hatred.

“It’s a case of freedom of conscience and opinion,” Salhi said, calling for Mebarki’s release and for charges against him to be dropped.

The Hirak-led protests broke out in February last year and led to the resignation of Bouteflika, whose plans to run for a fifth term had sparked the protests.

Weekly demonstrations continued after Bouteflika’s ouster to demand wholesale political changes but halted in March due to restrictions to end the COVID-19 pandemic.

Meanwhile, authorities have cracked down on activists, journalists, and government critics, with many jailed and convicted on various charges.

A total of 61 people are currently behind bars for acts related to “Hirak”, according to CNLD, a rights group that lists prisoners of conscience in Algeria.

In a bid to satisfy the protest movement, Algeria launched on Wednesday a campaign for constitutional reforms which will be put to a referendum in November.

Far-right protests in Spain over lockdowns