Egyptian artist Ahmed Saad has re-posted memes bearing insults to ex-wife, Egyptian actress Somaya El-Khashab, after the end of the 22nd episode of their series “Musa”.

Following a particular scene when Ramadan carried Somaya while Ahmed was standing next to them, social media users have created several memes that were mostly insulting to Somaya, noting that she and Ahmed Saad were married in the past.

Instead of asking social media users to stop the insults, Ahmed Saad himself re-shared pretty offensive memes of his ex-wife.

One specific meme that Ahmed shared was truly shocking because it carried a disgusting sexual meaning, and it subjected him to harsh criticism by the audience, to the point that he immediately deleted it. 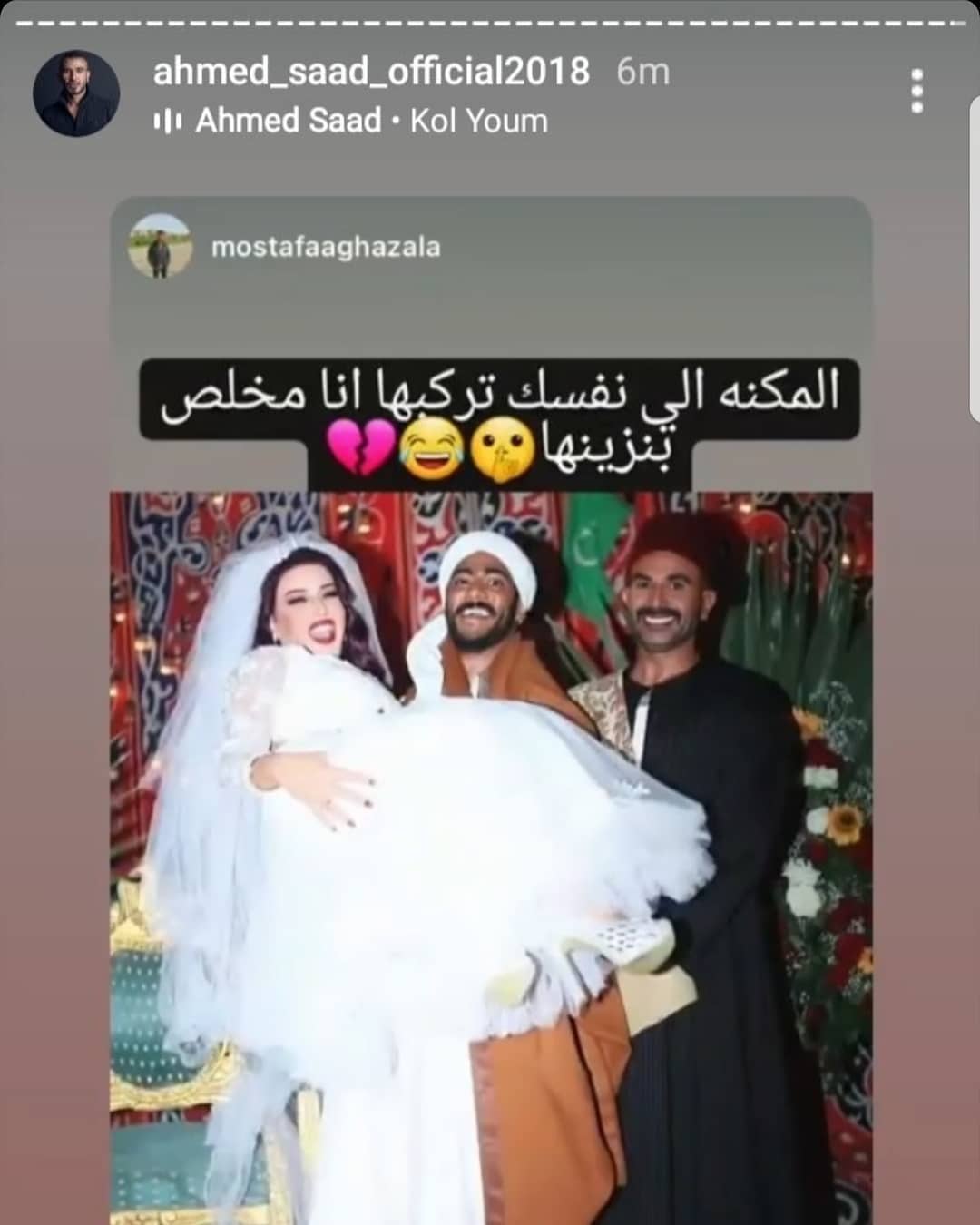 The meme read: ‘The machine you would like to ride, I have already finished its fuel.’

Without any hesitation, Somaya El-Khashab promptly responded to Ahmed Saad.

She posted a picture of golden horns on Twitter, as an indication of being without honor. 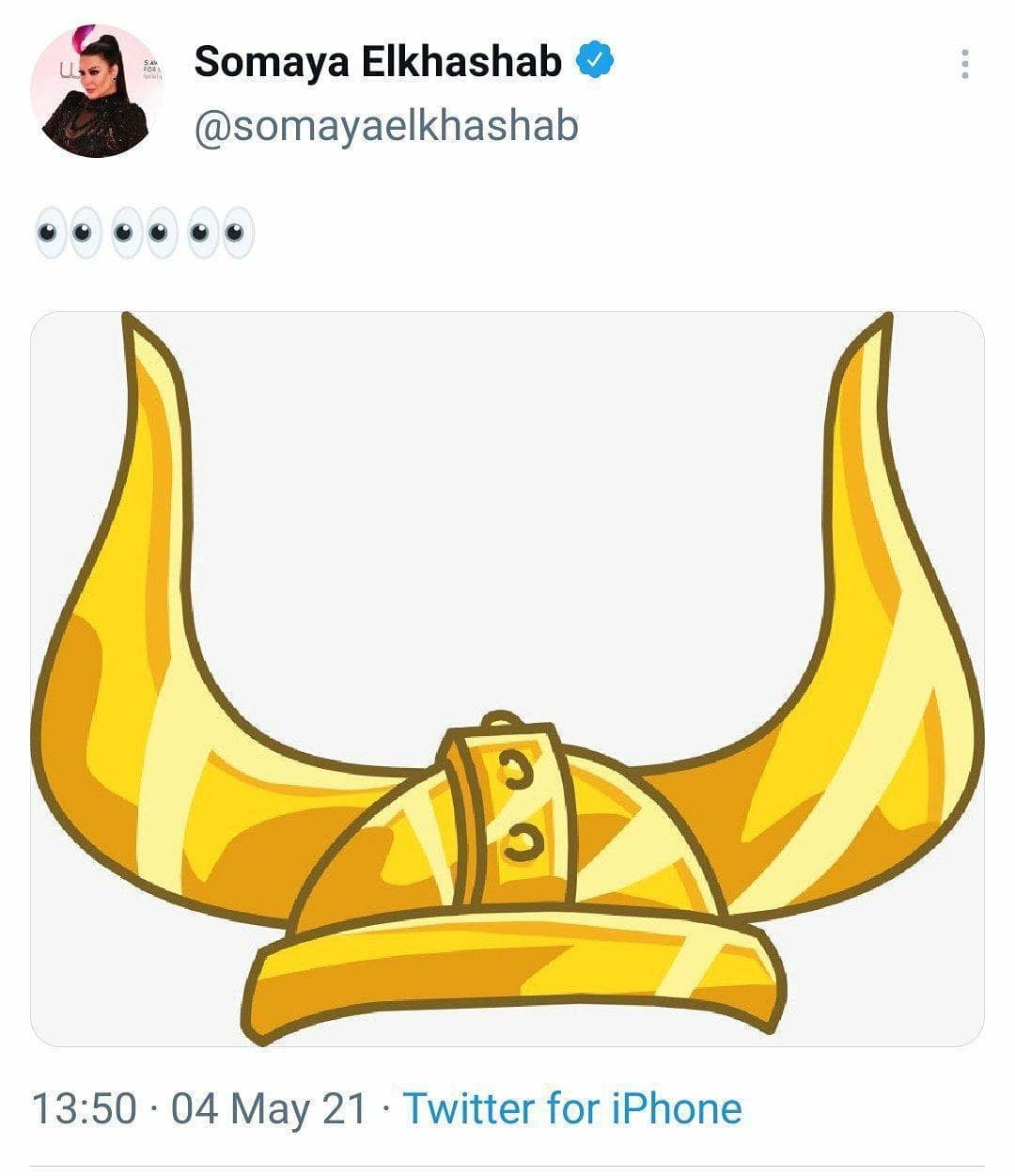