Farouq went live on Instagram and said: “Everyone has renounced me, and all my companions broke off their relationship with me, I made a mistake but isn’t there anyone one to accept me?”

Mona added: “I am collapsing, and no matter how hard I try to look strong, I am not strong, and it’s enough that I pretend that I’m not paying attention all the time.”

The young Egyptian continued: “I am tired, I’m dealing with it as if it is normal but it is not normal, I am suffocating. When I came to Dubai to find a job, any job, even outside of acting, but I was unable to find any opportunities to live as a normal human being.”

And she added: “Hasn’t any one of you ever made a mistake? The difference between me and you is that God removed the cover from above me, but you’re still on my case. I would like to live in peace again, no one is checking on me, I’ve been left alone, and I have no solution but death.” 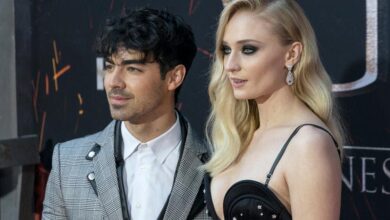 ‘No Longer Husband and Wife’! Aamir Khan and Kiran Rao Divorce After 15 Years