Canada is pressing Iran for additional answers over the downing in January of a Ukrainian jetliner, after an announcement by Tehran on Sunday provided “limited and selected information.”

Iran’s Revolutionary Guard has said it accidentally shot down Ukraine International Airlines Flight PS752 on Jan. 8, mistaking it for a missile at a time when tensions were high between Iran and the US.

Many of the 176 victims killed in the crash were Canadian citizens or permanent residents, or had Canada as their final destination.

Tehran said an analysis from the black boxes of the Ukrainian plane shows it was hit by two missiles 25 seconds apart and that passengers were still alive for some time after the impact of the first blast. 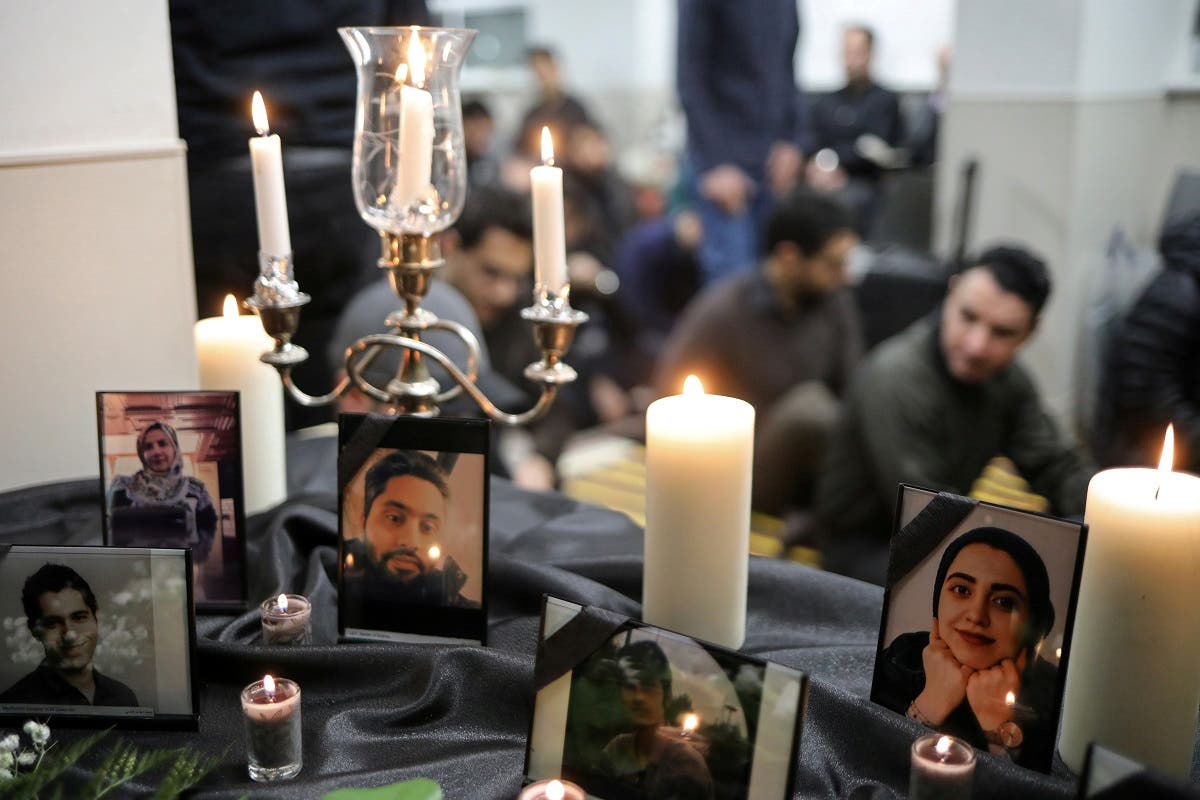 Photographs of student victims of a Ukrainian passenger jet which crashed in Iran. (Reuters)

“The report only mentions what transpired after the first missile strike but not the second and only confirms information that we already know.”

The ministers asked why the “missiles were launched in the first place and why the air space was open.”

Earlier on Sunday, Canada’s Transportation Safety Board (TSB) questioned why commercial airlines continued operating in the area affected by the conflict.

Under UN rules, Iran retains overall control of the investigation while the US and Ukraine are accredited as the countries where the jet was respectively built and operated. Canada has also played a role as the home of many of the victims on the downed plane.