The African Union is setting up a fund to finance the construction of much-needed roads, railways and power plants on the continent, its infrastructure
head said, turning to new sources of cash due to donor fatigue and higher debt levels.

The continent has an estimated annual infrastructure financing deficit of $60 billion-$90 billion, the AU says, making it hard for the body to advance its goal of integrating the disparate individual markets into a single, free trade area.

The 55-nation AU is now turning to sovereign wealth funds, insurance and retirement funds in countries like South Africa, Angola, Nigeria Morocco, Egypt and Kenya, to raise the cash.

The funds will be invited to invest about 5 percent of their holdings, Odinga said, “which is actually going to be more lucrative for those institutions, rather than having funds lie idle.”

Talks with the funds are going on and the AU’s experts are setting up the legal and financial structure for the infrastructure fund, which will be administered by the newly formed African Union Development Agency, Odinga said.

The move bucks the past trend of dependence on wealthy donor nations and borrowing from financial markets.

China, which has been one of the biggest funders of infrastructure projects on the continent over the past decade, has cut back on lending due to high debt levels among individual nations like Kenya.

“We are now trying to think out of the box,” Odinga said.

The drive to find new ways of funding the construction of roads and railways and other utilities comes as Africa seeks to bring together 1.3 billion people in a $3.4 trillion economic bloc known as the African Continental Free Trade Area (AfCFTA).

“This infrastructure is urgent for the realization of the AfCFTA, otherwise it is just going to remain on paper,” Odinga said.

It was critical to connect landlocked nations to ports on coastlines, and complete missing links for transcontinental highways, to facilitate the free flow of goods under the AfCFTA and lift people out of poverty, he said.

“Africa needs to trade with itself,” Odinga said, citing figures which show intra-African trade is just 15 percent, compared with intra-European trade levels of 70 percent and 50 percent in Asia. 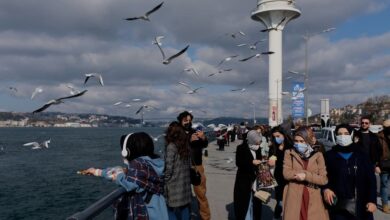