Afghanistan is battling a brutal surge in COVID-19 infections as health officials plead for vaccines, only to be told by the World Health Organization that the three million doses the country expected to receive by April will not be delivered until August.

“We are in the middle of a crisis,” health ministry spokesman Ghulam Dastagir Nazari said this week, expressing deep frustration at the global vaccine distribution that has left poor countries scrambling to find supplies for their people.

Nazari has knocked on the door of several embassies, and so far, “I’ve gotten diplomatic answers” but no vaccine doses, he said.

Over the past month, the escalating pace of new cases has threatened to overwhelm Afghanistan’s health system, already struggling under the weight of relentless conflict. In part, the increase has been blamed on uninterrupted travel with India, bringing the highly contagious Delta variant which was first identified there.

Also, most Afghans still question the reality of the virus or believe their faith will protect them and rarely wear masks or socially distance, often mocking those who do. Until just a week ago, the government was allowing unrestricted mass gatherings.

The Delta variant has helped send Afghanistan’s infection rate soaring, hitting 16 provinces and the capital, Kabul, the hardest. This week, the rate of registered new cases reached as many as 1,500 a day, compared to 178 a day on May 1.

By official figures, Afghanistan has seen a total of 78,000 cases and more than 3,000 deaths from the pandemic. But those figures are likely a massive undercount, registering only deaths in hospitals, not the far greater numbers who die at home.

Testing is woefully inadequate. In only the past month, the percentage of positive COVID tests has jumped from about eight percent to 60 percent in some parts of the country. By WHO recommendations, anything higher than five percent shows officials are not testing widely enough, allowing the virus to spread unchecked.

At most, only 3,000 tests a day are carried out, as Afghans resist testing, even after the country dramatically ramped up its capabilities to 25,000 a day.

Only recently, the government tried to take steps to clamp down to contain the surge. It closed schools, universities and colleges for two weeks. It also shut down wedding halls, which had been operating unhindered throughout the pandemic.

But it is rare to see anyone wearing a mask in the streets, and even where masks are mandatory, like in government offices, the rule is rarely enforced. As many as 10 flights arrive daily from India, packed with Afghans, particularly students and people who had gone to India for medical treatment.

Nazari said banning flights was not an option since many Afghans cannot afford to be stranded in India and the government cannot prevent citizens from re-entering their own country.

Experts puzzled by dramatic fall in coronavirus cases in India 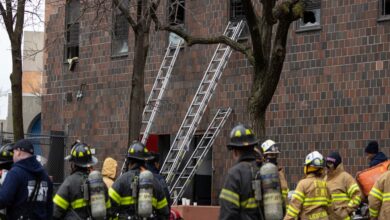