A New Mexico grand jury on Monday charged an Afghan refugee with the murder of three Muslim men in ambush shootings that have shaken the immigrant community in the state’s largest city.

Police on Aug. 9 charged Muhammad Syed, 51, with two of the killings and evidence from cell phones allowed prosecutors to link Syed to a third murder, that of trucking business owner Naeem Hussain on Aug.5.

Syed was charged with the murder Hussain and the killings of cafe employee Aftab Hussein on July 26 and city planning director Muhammad Afzaal Hussain on Aug. 1, according to the grand jury indictment.

Police said Syed was the primary suspect in a fourth murder of grocery store and cafe owner Mohammad Ahmadi, 62.

The office of Bernalillo District Attorney Raul Torrez said in a statement it was working with police “to investigate any involvement Mr. Syed might have had with the November 2021 homicide.”

Grand juries operate in secrecy and are often used by prosecutors to allow witnesses to speak freely without fear of retaliation.

National Muslim advocacy groups have said the murders of Afghan and Pakistani immigrants may be driven by inter-Muslim sectarian hate. People who knew both the victims and Syed said the killings were connected more to personal feuds or revenge.

Federal prosecutors have linked Syed’s 21-year-old son to the Aug. 5 murder of Hussain. 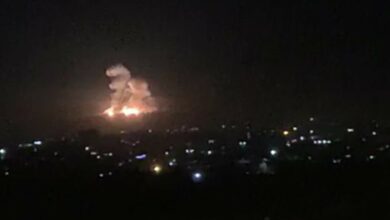