Afghan President Ashraf Ghani on Friday ordered a “thorough” probe into the drowning of several migrants, after Iranian border guards allegedly forced them into a river last week.

Afghan authorities had already been investigating the incident, but Ghani formed a new 10-member team to look into the deaths after 18 bodies of migrants were recovered, some of them bearing signs of torture.

“President Ashraf Ghani, in a decree issued today, appointed a 10-member team to carry out a thorough investigation into reports about the deaths of several countrymen along the Iranian border,” Ghani’s office said in a statement.

Officials in Kabul launch a hunt to retrieve bodies of #Afghan migrants from a river in a western province after reports that #Iranian border guards tortured and threw Afghans into the river to prevent their entry into Iran.https://english.alarabiya.net/en/News/world/2020/05/03/Kabul-in-bid-to-retrieve-bodies-of-Afghan-migrants-forced-into-river-by-Iran-guards.html … 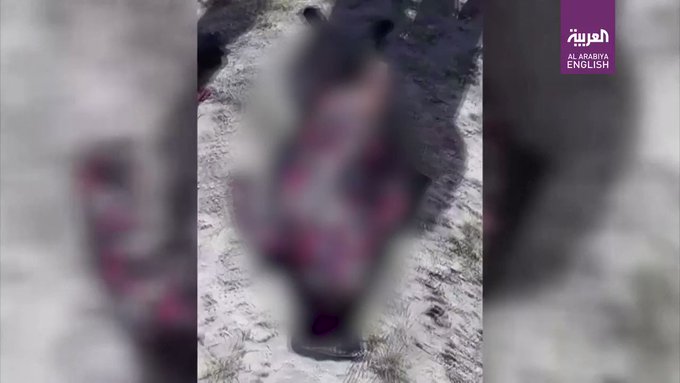 “Out of 55 Afghan migrants who were forced into the river, we have so far recovered 18 bodies,” Noori said.

He said six migrants are still missing while others survived.

The bodies “bear signs of beating and torture,” Noori said.

“Based on the accounts of survivors and the marks on the bodies of the victims, they were first lashed with wire cables by the Iranian border guards and then forced at gunpoint to jump into the river,” he said.

The Afghan Human Rights Commission said last week the Iranian guards made the migrants cross the Harirud river and “as a result a number of them drowned.”

Iranian authorities have dismissed the claims, saying the incident occurred inside Afghanistan’s territory.