The 20-year-old TikTok sensation has baffled many with her unlikely friendship with the 41-year-old reality star, but has now revealed they bonded over Kourtney’s 10-year-old son Mason Disick.

They first met in March when Addison surprised Mason by filming a TikTok video with the youngster.

Speaking on the ‘Tom Ward Show’, she said: “We surprised Mason because Mason liked my videos on TikTok. I kind of just stuck around and we got really close.

“We started working out together. We did a video on her YouTube of us doing a butt workout and stuff, so that was fun.”

The pair have been inseparable ever since, and have continued to make TikTok videos of their own.

In one video, they wore matching sweatshirts to dance to Playboi Carti’s song ‘Shoota’.

They gestured towards each over the lyrics: “I got’ tell my bestie, someone call my bestie” and “Think I found my bestie.”

Recently, Kourtney slammed trolls who had labeled their friendship “weird” after she posted a snap from a swimming pool photoshoot.

The troll commented: “This friendship still weirds me tf out.”

Another said: “She’s 41 and she’s hanging around with 19 year olds in swimming pools.”

Kourtney – who has Mason, Penelope, eight, and Reign, five, with her ex-partner Scott Disick – then dropped into the conversation by snapping back: “Do you suggest a better place? I’m looking for ideas…”

However, Addison has praised the ‘Keeping Up with the Kardashians’ star and her family and described them as “lovely people who genuinely care about each other.”

She said: “It just really shows you how genuine they are. It’s not all just for the show, it’s how they really are.”

Will Idina Menzel’s Son Grow up to Follow Parents’ Footsteps? 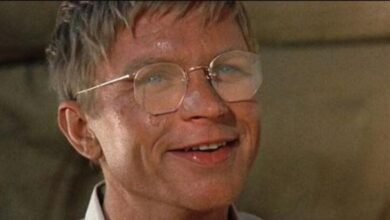 John Legend Pays Homage to His Wife After Pregnancy Loss 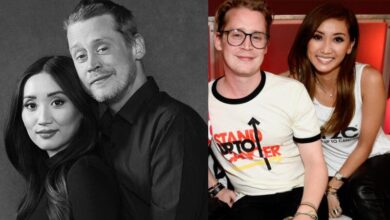 Billie Eilish Reveals She Was the Justin Bieber Fangirl