Abu Dhabi investment firm Chimera Investment LLC said on Tuesday it has acquired a controlling stake in Egypt’s Beltone Financial Holding, part of a strategy to expand in the Middle East and North Africa region.

Chimera bought 55.9 percent of Beltone at 1.485 Egyptian pounds a share, valuing the company at 661.8 million pounds ($34.6 million), according to Reuters calculations.

Chimera was set up in 2007 and is part of Abu Dhabi’s Royal Group, which is owned by Sheikh Tahnoun bin Zayed Al Nahyan, who is the United Arab Emirates’ national security adviser.
.
“We will, over the coming period, look to unlock value and implement an all-encompassing transformation plan, aimed at restoring growth and profitability to Beltone,” Chimera Chairman Syed Basar Shueb said in a statement.

Beltone has posted net losses each year since 2018. In the first quarter of this year, it reported 3.8 million Egyptian pounds in net profit.

“I am confident that we will restructure and grow this institution to become a major market leader in the region and a solid platform for attracting international investments into our host markets,” Khorshid said in the same statement. 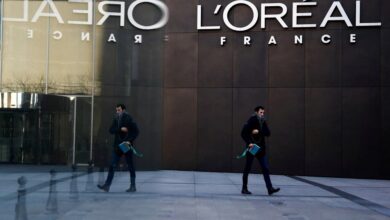