Two young men were arrested in Abu Dhabi over a video they uploaded to social media showing one of them walking around in public after he tested positive for COVID-19, according to the Emirates News Agency (WAM).

Police tracked down and arrested the men after identifying them in the footage, WAM reported.

In a statement, the Abu Dhabi Public Prosecution said on Saturday the men were being investigated on charges of “endangering the health of others and violating the preventive measures to limit the spread of the COVID-19 virus.”

The video reportedly showed one of the men revealing a positive COVID-19 test result on his phone before walking around in a public place.

The arrests come weeks after UAE authorities announced that they would enforce more stringent measures to combat the coronavirus pandemic, which has seen an unprecedented rise in the number of new cases in the new year.

Official news channels have recently been highlighting cases in which rulebreakers are being punished, with some landing hefty fines for flouting regulations.

The UAE on Saturday recorded its highest-ever number of daily deaths from the virus, with 15 infected patients dying, bringing the country’s total death toll to 1,001.

Dubai opened its doors to tourists early on in the pandemic, restarting the issuance of tourist visas in July. The rest of the country followed suit in September.

However, cases surged around the time of the New Year holiday, and on Monday February 1, a swathe of new restrictions were put in place including closures of bars and new limits on public gatherings. 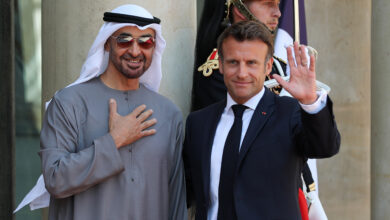 Lebanon’s FM Hitti submits resignation, says there is no will to reform