IHC, the most valuable company on the Abu Dhabi bourse with a market capitalization of around $167 billion, is aiming for publicly-listed companies in growth markets, Syed Basar Shueb said, adding that it was also looking in South America and Indonesia.

“The public domain market has really corrected itself in some of the assets,” he said.

“But in the private domain, it is still difficult to negotiate with the owners because they all are still living in a year-old world where the valuations were extremely high. It’s not a sellers’ market, it’s a buyers’ market now.”

IHC, which straddles sectors from healthcare to real estate to IT and utilities, made 70 acquisitions at a total value of AED 10 billion ($2.72 billion) this year.

Its highest profile deals include an AED 7.3 billion investment in three of India’s Gautam Adani companies in May this year.

Rising interest rates and predictions of a global downturn have made IHC more selective as valuations in private markets do not reflect current market conditions, Shueb said.

He also said the company was seeking sizeable acquisitions, rather than smaller deals, to boost its bottom line, although he did not give an indication of how large.

The company on Monday reported a 137 percent year-on-year increase in net profit for the first half of the year to AED 10.35 billion.

IHC’s stock has risen over 120 percent so far this year to trade at AED 348 a share. 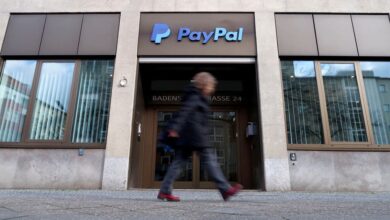