Adnan Al-Nawaji has revealed the details of the accident that killed his friend Abood Omari in South Africa, as they were heading to a safari trip.

On Instagram Stories, Adnan wrote: ‘Everyone saw the last stories of my brother and my beloved Abood Omari. I was the one who told my friends to get out of the car and to dance dabke, and once we got back to the car, I told them: brothers this is a moment that we will never forget, and apparently I was right, then Abood told us his last word: I’m very happy.’

Al-Nawaji added: ‘6 minutes after the dancing video was published by Abood, our car capsized, same as life and everything.’

‘Then we got out from under the car after it flipped over 5 times. God gave us a new life except for Abood and I prayed to God to take the hit not him, because he is still young,’

Then Adnan asked for forgiveness from his late friend Abood Omari, and directed his words to the family of the deceased, and said: “Forgive us, but it was not in our hands.”

Adnan Al-Nawaji thanked the Jordanian embassy in South Africa, and reassured Jordanians of the health of the rest of the friends, and said: “My friends and I are all our well thanks to God. Thanks to everyone who reassured on us.”

Another friend who was in the accident Khalid Aballi confirmed that Abood Omari pronounced Al-Shahada three times before his death, saying: “There is no God but Allah, and Muhammad is his messenger.”

A third friend Ayman Aballi mentioned the last conversation he had with Abood before the unfortunate accident.

Aymand wrote: ‘You know what the affectionate told me a few minutes before the accident .. He said: Ayman, your birthday is within two days, I will throw you one in a very beautiful place.’ 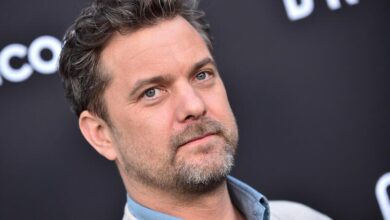 Can Yaman RETURNS to Instagram.. Did He Delete Diletta Leotta’s Pictures?