Abdullah, a harsh critic of Pakistan who has previously accused the country of sponsoring the Afghan Taliban in its 19-year war against the United States and Afghan forces, struck a markedly conciliatory tone throughout the visit, one that both countries are hoping will help reset ties at a critical stage in the peace process.

“This afternoon we leave towards Kabul, and we will leave Islamabad with a good sense and with […] the idea that we would continue to work together towards a better future for both countries and our region,” Abdullah said at an event before his departure on Wednesday.

“I am appreciative of the support of the Pakistani government for the peace efforts as well as the steps taken recently in terms of bilateral relations.”

“We had a very interesting conversation: theme being the past is an invaluable teacher to learn from but not to live in. We must look forward towards the future.”

During the visit, Pakistan eased visa restrictions for Afghan nationals and increased the number of days their border crossing will remain open for pedestrians, a long-standing Afghan demand.

In Qatar’s capital Doha, negotiations between the Afghan government and Afghan Taliban that started three weeks ago aimed at the warring sides agreeing to a reduction of violence and a possible new power-sharing agreement.

Violence, however, has not abated even as Afghan negotiators have been engaged in direct talks for the first time ever.

On Wednesday, at least nine people were killed in a suicide attack in the southeastern Afghan province of Helmand, local media reported.

Taliban negotiators have cautioned against other parties’ involvement in the talks, as US Afghan peace envoy Zalmay Khalilzad – a key mediator in the process – flew to Doha on Wednesday. 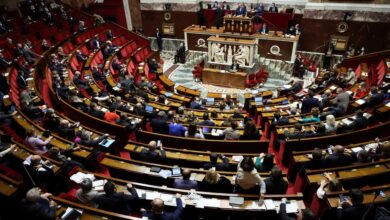 ‘A Tigrayan womb should never give birth’: Rape in Tigray