From the dark, deep blue waters off the coast to the surrounding valleys and orange farms, the city of Tabuk has it all.

The city has enjoyed a surge of tourists recently as many Saudis have opted to visit new regions and cities across the nation due to the restrictions on foreign travel.

Families and groups can explore Tabuk’s attractions either on their own or as part of a tour group through the Saudi Winter season website, which is registered with the Saudi Tour Guides Association.

Tabuk is one of the most important tourist destinations in the Kingdom, home to major heritage sites. Visitors driving to the city are engulfed by mesmerising mountains with glimpses of the Red Sea to the west until they finally enter the city limits.

Manar Al-Harthi, a private sector worker in Jeddah, traveled with her husband and family recently and was in awe of the city’s varied landscapes and beauty.

“The city’s amenities were really amazing. You had a variety of restaurants if you’d want to eat out, lots of fresh local produce for picnics, great beaches to relax and enjoy an outdoor excursion, and so much more,” she told Arab News. “This is our first time to the area. The people are so welcoming and we’ll be back for a second visit soon.”

What attracted her is not only the diversity of the geographical features of the city but how unspoilt it is.

It is said that Tabuk is the “gateway to the north,” and the relics it houses reflect the successive civilizations that inhabited it. It is also called “Tabuk Al-Ward” (Tabuk of roses) because its vast rose farms export their produce to the world.

“Not only did we visit the rose farms, but we also went to the orange groves and discovered that we have kumquats. They were absolutely delicious and I’ve never seen them grown here in Saudi Arabia before. You can see how fertile the soil is as we passed by the many farms to get here,” she said.

Tabuk has much to explore, such as the ancient Tabuk Castle, one of the many archaeological sites, the old buildings of Hijaz Railway Station and Ain Sukkar, which is one of the city’s oldest water springs.

Tour operators often include the most beautiful tourist oases on the Tabuk Mountains in their packages. One of those is Tayyib Asim, which is a few hours from the city, 314 meters above sea level, and overlooks the Gulf of Aqaba. It is known for its many palm trees, reeds, and clean water springs, making it more like a very beautiful nature reserve.

Tucked between towering red sandstone escarpments and canyon peaks, the valley of Wadi Al-Disa is known for its abundance of crystal-clear stream and palm trees. Lying approximately 2 hours away from the city and secluded from any kind of pollution, the area is ideal for hiking and camping out in the canyon and provides some of the best views of the heavens, a dream for stargazers. 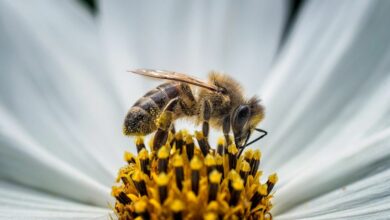 Biodiversity: What is it and how are we protecting it?

Plastic pollution: New meat tray ‘could save tonnes of waste’