Walking through LCSC’s various areas and fan zones this Friday, the reigning theme was one of overall satisfaction and joy, and you would struggle not to catch a content expression or a smile in your field of view at any given moment during the event. With children being granted free access to the fan zones, Friday was a family-friendly day during which parents were given a chance to relax in an entertaining environment while their kids were involved in fun and engaging activities such as VR races and karting.

On this day of the Grand Prix of Qatar, LCSC hosted two consecutive free practice rounds for the MotoGP, Moto2 and Moto3 races, as well as the Idemitsu Asia Talent Cup. The venue had food courts rich in exquisite dishes and countless delicacies, and it had areas dedicated to selling moto racing themed merchandize, so to make sure that fans didn’t miss a single moment of the action, each second of the practice rounds was transmitted live to massive ultra-high-definition LED screens distributed throughout the location.

To add a touch of uniqueness to this year’s competition, many of the track’s corners were covered by a painted-on Sadu pattern which, for those unfamiliar with the term, is a type of hand-woven embroidery done in geometrical shapes, and it represents an art form closely linked to Qatari history. The pattern’s vibrant colors and its continuity throughout the track were a perfect match for the suits and bikes of the racers, and it received a lot of praise and attention for its ability to combine heritage with the dynamic nature of modern age sports.

This being the 20th race hosted by Qatar, it is well-known that MotoGP has been expanding its roster over the years, which made this year’s level of competitiveness exceptionally high. While all riders were extremely positive and cheerful during the meet and greet event with fans, there was a bit of tension that could be felt on the tracks as most racers were giving their all during practice rounds to score new top speeds and take their bikes to new limits, leaving no room for doubt that this year’s 2022 MotoGP Championship will be the most memorable one yet.

The first set of practice rounds was conducted in broad daylight for the racers to get more familiar with the overall layout of the track in their new vehicles, and as the sun went down, the heat of action was turned up with the iconic floodlights of the Lusail International Circuit guiding the bikers through their second set of practice rounds.

All eyes were set on Fabio Quartararo and his Monster Energy Yamaha MotoGP™ bike considering he was the reigning champion and the winner of the track in 2021, but the overall results of the day saw Quartararo place 8th, while Alex Rins placed first in his blue Suzuki GSX-RR. The 6-time world champion Marc Marquez which was ruled out due to his injury in 2021 placed 2nd in Friday’s practice rounds in his Honda RC213V, while Joan Mir who was also riding a Suzuki GSX-RR for Team SUZUKI ECSTAR placed 3rd. Could this be a sign that Suzuki is going to dominate this year’s Qatar Grand Prix? Or were many riders simply not going all-out during the practice round? At this stage, it’s too early to draw conclusions about the outcome of Sunday’s race.

As the momentum of excitement continues to develop with the date of the season open race rapidly approaching, LCSC president Abdulrahman Al-Mannai reaffirms that “the best is yet to come.” 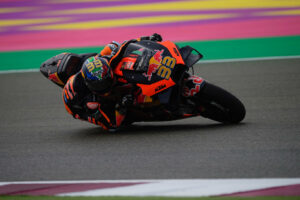 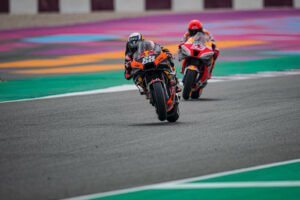 Bidets are becoming more popular than ever — and medical professionals approve

Whose Eyes Are These? ‘Gypsy Girl’ Mosaic 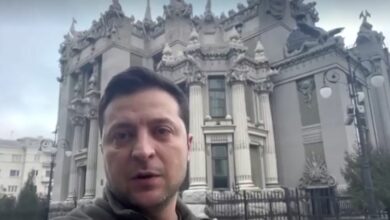 ‘We won’t put down weapons’: Zelenskyy vows to fight on in Kyiv