A 108ft long concrete vagina sculpture embedded on a hillside has sparked fury in Brazil.

The sculpture was built on the grounds of a former sugar mill in the Brazilian state of  Pernambuco and unveiled on Saturday.

The scarlet sculpture, titled ‘Diva’, stretches for 33 metres and was built into the hillside with the help of diggers. Visual artist Juliana Notari was behind its creation.

The sculpture attracted backlash from critics of the artwork, with one person writing on Facebook: ‘One of the stupidest things I’ve ever seen!’

‘Who do you lefties think you’re fooling? Apart from useful idiots on the left, of course,’ another person said.

One Facebook user questioned how appropriate the artwork was for children. ‘With all due respect I didn’t like it. Imagine me hanging out with my little daughters in this park and they ask… daddy what is that? What will I answer?

‘Didn’t think it was cool. It’s worse the government allowed this to be done in a public park.’

Others celebrated the unique artwork, with trans cartoonist Laerte Coutinho writing on Twitter that there was ‘a lot to think about’ with the sculpture.

One person referred to it as ‘amazing and beautiful’ while another wrote ‘I loved it! An intimate part of us exposed with such beauty. We need more such works that elevate feminism and its nuances.’

According to artist Juliana Notari, ‘Diva’ was intended to ‘question the relationship between nature and culture in our phallocentric and anthropocentric western society’ as well as provoke debate over the ‘problematization of gender’. 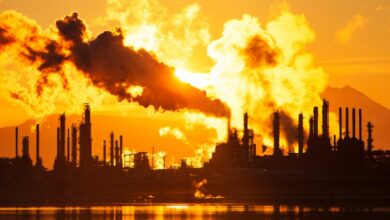 The audacious PR plot that seeded doubt about climate change The Battle of The Photos by NASA Astronauts Starts