The Trump administration last week notified some Huawei suppliers that it is revoking their licenses to sell to the Chinese tech giant and intends to reject dozens of other applications to supply the telecommunications equipment maker, people familiar with the matter told Reuters.

The action against Huawei Technologies – likely the last under Republican President Donald Trump’s administration – is the latest in a long-running effort to weaken the world’s largest telecommunications equipment company, which it says is a threat to US national security and foreign policy interests.

The notices came amid a flurry of US actions against China in the final days of the Trump administration. Democrat Joe Biden will take the oath of office as president on Wednesday.

A Commerce Department spokesman did not immediately return requests for comment.

In an email seen by Reuters documenting the actions, the Semiconductor Industry Association said on Friday the Commerce Department had issued “intents to deny a significant number of license requests for exports to Huawei and a revocation of at least one previously issued license.” Sources familiar with the situation, who spoke on condition of anonymity, said there was more than one revocation.

The email said the actions spanned a “broad range” of products in the semiconductor industry and asked companies whether they had received notices.

The email noted that companies had been waiting “many months” for licensing decisions and with less than a week left in the administration, dealing with it was a challenge.

A spokesman for the semiconductor group did not immediately respond to a request for comment. 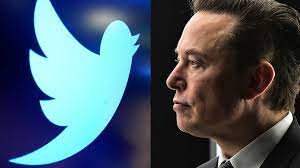