The world famous Bolshoi Theatre in Moscow has been hit by a major outbreak of coronavirus with 34 cases.

The outbreak emerged after the troupe performed on live TV from an empty auditorium while Russia is in lockdown with 21,102 infections recorded and 170 deaths.

The Bolshoi’s general director Vladimir Urin said 34 involved in organising the TV concert – called ‘We are together’ – tested positive for Covid-19.

‘Without exception, all of the theatre’s personnel, including security guards and engineers, were tested for coronavirus two days before the concert,’ Urin said.

‘Thirty-four people tested positive for coronavirus. They didn’t have a fever or clear signs of illness, but they were all suspended from work and sent to quarantine.’

Urin added: ‘There’s no way that dozens of cases were identified at the concert itself.’

Several hundred people involved in arranging the concert had passed a test a few days before the event.

The event was meant as a thank you to Russian doctors, emergency workers and volunteers involved in tackling the coronavirus crisis – but it appears to have been organised and performed without proper social distancing.

Dancer Sergei Polunin – formerly of London’s Royal Ballet – said: ‘I was happy to be back on stage and dance in support of people who fighting the virus and people who are staying at home.

‘It was unusual to see empty auditorium.

‘When I was walking on stage I still had a feeling that audience were there.’

The spread at the Bolshoi appeared to symbolise a failure which sees Moscow’s hospitals in emergency mode and suspicions the rising official figures – with another record of 2,774 new cases today – mask the real toll.

China closed most of its 2,600 mile border as its own new infections were inflated by people entering the country from Russia.

In a rare attack on the Kremlin, the state-owned Global Times in Beijing thundered: ‘Russia is the latest example of a failure to control imported cases and can serve as a warning to others.

‘This should sound the alarm: China must strictly prevent the inflow of cases and avoid a second outbreak.’

The crisis in Russia was admitted by Vladimir Putin who raged to ministers about the ‘sloppy carelessness’ that had led to rising cases.

‘We have a lot of problems,’ admitted Putin, saying the coming weeks would be ‘decisive’ for the country.

Russians ‘must not let our guard down’.

Chinese sources have accused Russia of failing to give accurate statistics of coronavirus infections.

‘Anger is growing in China, the reason for which is the growing belief that the Russian authorities are intentionally hiding the scale of the pandemic,’ said one account.

‘The news of infections in Suifunhe seems to be another clear example, confirming suspicions of a significant understatement of Russian statistics.

As China imposed a closure of major border crossings a medical source told the People’s Daily: ‘The proportion of patients with COVID-19 was very high – from 10 to 20% in each group of arrivals. In some groups, this ratio was even higher.’

The symptoms of infection appeared in Russia.’All seriously ill patients with COVID-19 are patients who developed a fever or cough in Russia. They then returned to China.’

More than 85 per cent of the cases in Moscow are younger than 65.

What Are The Dangers? Social Media is The Main Source of News 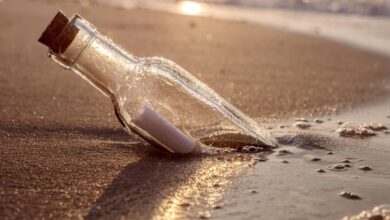