It said the detainees escaped overnight from a facility in the western city of Khorramabad, the capital of Lorestan province, just hours before the start of Nowruz, Iran’s New Year celebrations.

IRNA denied guards had shot a prisoner during the escape, saying such reports came from “unreliable sources”, after opposition groups tweeted that several inmates were shot.

The escapees had been serving a maximum of one-year sentences, the agency said, denying dangerous individuals went free.

On Wednesday night, Iran’s judiciary said that “around 10,000 prisoners” would be released and pardoned in the New Year amnesty.

The move aimed to “reduce the number of prisoners in light of the sensitive situation in the country”, a judiciary spokesman said, making no explicit reference to the coronavirus pandemic which has hit Iran particularly hard.

According to the latest official toll, the virus has killed 1,433 people in the Islamic republic, ranking it among the world’s worst hit countries.

Authorities on Tuesday announced the temporary release of 85,000 detainees, including political prisoners such as Nazanin Zaghari-Ratcliffe, a British-Iranian aid worker who is serving a five-year prison term in Tehran for alleged sedition.

Tuesday’s announcement came a week after the judiciary said that 70,000 prisoners had been released temporarily, most of them non-violent offenders serving short sentences 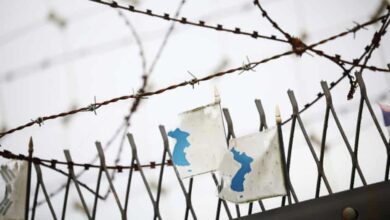 UAE ready to cooperate with UN, new US administration on Libya