Clashes in northwest Syria killed 22 regime fighters and extremists Sunday in the highest such death toll since the start of a two-month-old ceasefire there, a monitor said.

A truce since March 6 had largely stemmed fighting in Syria’s last major opposition bastion of Idlib after a months-long regime assault that killed hundreds of civilians and forced almost a million to flee.

But before dawn on Sunday rebels attacked the positions of pro-regime fighters on the western flank of the extremist-dominated region, the Syrian Observatory for Human Rights.

The clashes in the Sahl al-Ghab area killed 15 regime fighters as well as seven extremists including from the Al-Qaeda-affiliated Hurras al-Deen group, the Britain-based monitor said.

“It’s the highest death toll for fighters since the truce came into force,” said Observatory chief Rami Abdel Rahman, who relies on sources inside Syria. 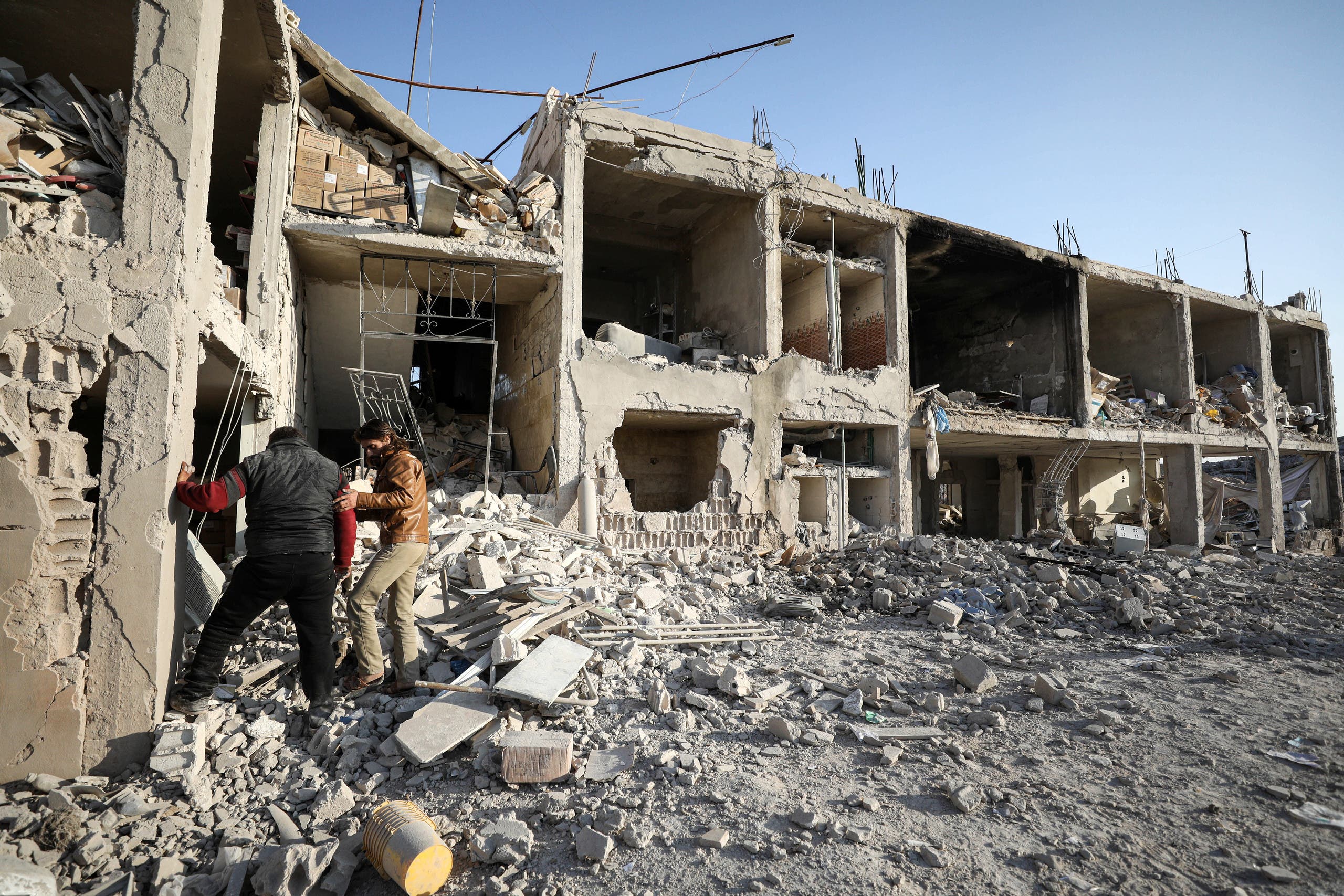 Men inspect the rubble of a hospital that was reportedly hit by a reported air strike in the Syrian village of Shinan, about 30 kilometres south of Idlib in the northwestern Idlib province, on November 6, 2019.

“There had been intermittent clashes and mutual bombardment between both sides before, but this is the most violent attack yet.”

The Idlib region of some three million people is dominated by the Hayat Tahrir al-Sham group led by Syria’s former Al-Qaeda affiliate, but other extremists such as Hurras al-Deen and rebel groups are also present.

The truce brokered by regime ally Russia and Turkey has kept Syrian and Russian warplanes out of the region’s skies, and largely held despite sporadic clashes or rocket fire.

Tens of thousands have returned to their hometowns. Hundreds of thousands of others remain in crowded displacement camps or in temporary shelters near the Turkish border.

Aid groups have warned that any outbreak of the novel coronavirus there would be devastating.

Syria’s war has killed more than 380,000 people and displaced millions since starting in 2011 with the brutal repression of anti-government protests.

Vancouver island abuzz over possible move there by Harry and Meghan

Where does the world stand on a coronavirus vaccine?