When Palestinian director Ameen Nayfeh walked on stage at El Gouna Film Festival late last month, it was a moment of personal and professional triumph.

It had taken him and producer May Odeh seven years to bring his debut feature, “200 Meters,” to life. And yet, here they were, collecting the first of three awards at the festival and basking in the cinematic spotlight.

Odeh in particular was euphoric. Jumping around on stage at one point during the festival’s closing ceremony, she knew all too well the challenges they had both faced. Turned down for funding at what seemed like every turn, they had even considered throwing in the towel after failing to secure financing from Cairo Film Connection in 2016.

“We were getting nowhere,” admits Nayfeh, who grew up near Tulkarm in the West Bank. “I was always receiving interest from people when I talked about the film — ‘It’s a nice story.’ ‘It’s important to tell’ et cetera — but maybe they didn’t think I was the right person to tell it. I’m at the beginning of my career, maybe they thought it’s too challenging for a first-time director, so it took us a long time to achieve the financing. To make people really believe and invest in this project and in myself.”

Then, following the advice of a friend, Nayfeh and Odeh took the decision to shoot “The Crossing,” a short film based on a similar theme to “200 Meters.” It was that short which brought the project to the attention of Francesco Melzi, their Italian co-producer, and enabled them to secure funding throughout 2017 and 2018.

Since then Nayfeh and Odeh haven’t looked back. The film had its world premiere at the Venice International Film Festival in September, where it won the BNL People’s Choice Award, and it landed both the critics award (Fipresci) and the audience award for ‘exemplifying humanitarian themes’ at El Gouna. The film’s lead, Ali Suliman, also won the El Gouna Star for Best Actor. Even prior to its regional premiere, Odeh picked up Variety magazine’s MENA Talent of the Year award for her role in the production.

“At the second screening in El Gouna I was standing at the back of the room for the last 15 minutes, just looking at the audience and thinking, ‘I can’t believe this,’” says Nayfeh, who originally trained to be a nurse. “In Venice, when the film finished, there was a very beautiful standing ovation and I was crying. I couldn’t hold it in. It was not just about the frustration of financing the film, but because everybody around me (my family and my friends)… nobody really understood what I had been going through or appreciated what this project could mean, or what it could become.”

Shot entirely in the West Bank, the film tells the story of Mustafa (Suliman) and his wife Salwa (Lana Zreik), who come from two Palestinian villages separated by the West Bank Barrier. Although they live only 200 meters apart, the fragility and absurdity of their situation is revealed when Mustafa is denied entry into Israel and forced to make a 200-kilometer journey in an attempt to reach his hospitalized son on the other side of the wall. It’s an experience that Nayfeh is all too familiar with.

“My mother comes from a Palestinian village that is now on the other side of the wall – the Israeli side,” he says. “So, since the wall was built, my mother, myself and my siblings have been cut from that side of our family. And we grew up there, you know? All of our good memories from our childhood were with our grandparents, with our uncles and cousins, and with our childhood friends.

It’s easy to empathize with the softly spoken and unassuming Nayfeh, who has persevered with cinema despite his family’s initial reluctance to accept his filmmaking career. In person he is modest, but exudes a quiet determination.

“For me, it’s important to talk about our situation. But how? You cannot just say: ‘I want to talk about this, I want to discuss this subject with the audience.’ What I was trying in the film was to make it as natural as possible. That’s why I wanted the images of the wall and of the checkpoints. I wanted to shoot next to it because I wanted this image in the film.”

Filming in such locations, however, is not easy and carries a certain degree of risk. “We were always very careful and very fast when we were in these locations because we didn’t have permits to shoot there,” he says. “And luckily — really luckily, because many Palestinian productions had this problem — we didn’t have any problems with the Israeli army.” He pauses and reconsiders. “Only one. We were travelling with the camera from one location to the other (it was rigged in the car) and we were stopped at a checkpoint. They saw this weird installation and said ‘What are you doing? Where are you going with this camera?’ We told them we were making a documentary and going to Bethlehem to shoot something.

“Then May, who was following us in the next car, stopped at the checkpoint, left her car, and started walking towards us. It was dark, so a person walking to the checkpoint at night towards the soldiers is not a very smart thing to do, and someone was shouting and pointing their guns towards her. We began shouting ‘She’s our producer! She’s working with us!’ and they shouted at her to go back to her car. My heart rate was, like 3,000 beats per second.”

In total, the shoot covered 35 locations in 22 days, including several checkpoints and the West Bank Barrier. The film not only reveals the dangers and frustrations faced by Palestinians attempting to cross into Israel, but the profiteering that enables it to happen. In one scene, Mostafa and two of his fellow passengers are forced by smugglers to hide in the trunk of a car. Trapped inside for a considerable amount of time, the youngest, Rami (Mahmoud Abu Eita), begins to panic and has to fight to catch his breath.

“What could be more absurd than a kid who, like every other kid around the world, is a big fan of Liverpool and Mo Salah and is going to work to make some money, but has to go through this life-threatening experience?” says Nayfeh. “And it could happen again and again and again. It’s not just this one time. It’s an ongoing situation. This is what I would like audiences to see. The reality in which we live.” 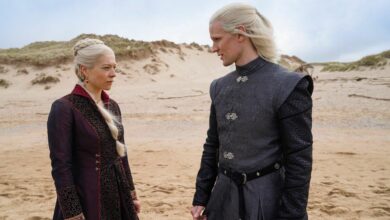