Ukraine’s human rights ombudswoman said on Friday 130 people had been rescued so far from a bombed theatre in Mariupol but that there was still no information on more than 1,000 other people officials believe were sheltering there when the bomb fell.

Ombudswoman Lyudmyla Denisova said rescue work was ongoing at the site, which Ukraine says was hit by a powerful Russian airstrike on Wednesday. Russia has denied bombing the theatre or targeting civilians.

“Rescuers are working. There is only this information: 130 people are alive and have been taken out. The rest are waiting for help,” she said on national television.

“According to our data, there are still more than 1,300 people there who are in these basements, in that bomb shelter,” Denisova said, referring to underground shelters below the theatre.

Reuters was not able to independently verify the figures.

Mariupol city council has previously said there were more than 1,000 people sheltering under the theatre. 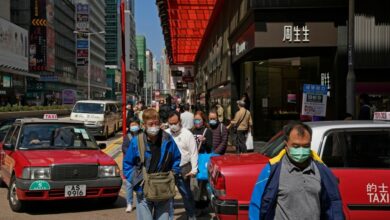